I watched 30ish pilots this year, most of which I gave full reviews of. Last year I did 27 and this year most of the extra ones come from some random British series that I watched but didn’t pick up. Even with giving up on comedy pilots for the most part it was still a bit of a slog frankly with an awful lot of mediocrity out there.

Two things jump out at me from that list. The fist thing is that genre shows get a bit of a free pass from me in that they only have to be not awful to get me to watch them. The second thing is there’s only one network show on the list, and even that one wasn’t very good. Other than that everything is either British, or on cable in the US; and they’re all short seasons. That’s not good, not good at all.

Might’ve watched if they hadn’t been cancelled, might pick them up on dvd at some point 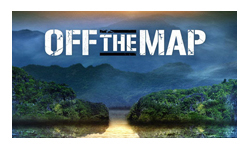 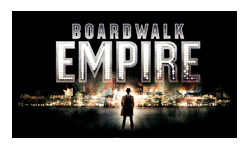 Not a great year
I just don’t think this was a very good year for new television. Looking back at last year’s freshman there are a lot of stand-outs, both critical successes like Justified, The Good Wife and Treme and ratings hits like Glee, NCIS: LA and The Vampire Diaries. There are a few direct comparisons this year (Boardwalk Empire is this year’s Treme, Hawaii Five-O this year’s NCIS:LA), but overall there’s an awful lot of mediocre going on.

Where’s the creativity? Even things that television executives hail as new and exciting aren’t really. The Walking Dead is a remake of just about every zombie film out there, Game of Thrones is a bog standard fantasy epic – Lord of the Rings for the smaller screen with less pointy ears. Next year’s most hotly anticipated show seems set to follow the trend with Terra Nova bringing Jurassic Park to the TV.

Superheroes are out – there was a flurry of superhero shows and none of them were any good. People keep trying to find the magic of the early season of Heroes and the massive success that’s being found by Marvel and DC Comics at the cinema, but no one’s managed it yet. Here’s an idea, stop pissing off Joss Whedon and get him to do one, after he’s done making millions with The Avengers that is.

Procedurals ain’t doing so well either. I enjoy procedurals but it’s been a while since a good one came along. Maybe the market is still too saturated, because even the ones that had potential and critical praise couldn’t find enough viewers to make a go of it.

Finally, they’re still all desperately trying to find the next Lost – people keep trying, but the high concept stuff just doesn’t seem to catch. High concept is something that can be explained in a sentence (“Lost: a plane crashes on island”, “Inception: you can enter and control people’s dreams”). This year’s main attempt, The Event, was a little too high concept I think “Something happens” really is a bit too high, I gave up after about four episodes – for a show called The Event – something should bloody well happen.