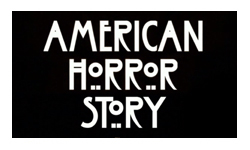 After the pilot I wasn’t really planning to watch this series, but I did keep track via various online reviewers that I have some respect for and after reading about how the story developed and came to a close, I decided to catch up. This did however mean that I was completely and utterly spoiled which in hindsight I regret. It’s tricky because without reading the spoilers I probably wouldn’t have bothered to watch, but watching it knowing the answers to the mystery greatly reduced the impact. As always, I’ll keep this review as spoiler free as possible, although in this case that will lead to more crypticness (crypnicity?) than usual.

The first thing I want to say is that although I stand by everything I wrote about the pilot, many of the criticisms are not valid for the rest of the series. The writers and directors greatly toned down much of the manicness (manicnity?) of the pilot, particularly the disjointed snap cuts and flashing images. That was replaced with a much more carefully crafted series of flashbacks woven throughout the episodes to provide the history. I really enjoyed that structure, it filled in gaps without clumsy exposition (although it did become difficult to keep track of how much of what the audience saw in flashbacks each of the characters knew).

The pilot failed to really give any idea of the depth of the show, there are about two dozen characters from half a dozen different time periods that are introduced over the span of just 12 episodes. Each character has a fully developed personality and backstory and has relationships with other characters. By about half way through I desperately wanted to start over again and take notes, creating elaborate timelines and network diagrams of the interactions. The one thing that does remain from the pilot is that none of the characters are necessarily likeable, but they’re all so fascinating that it doesn’t matter and to be honest it makes some of the horrible things that happen to them slightly less depressing to watch.

This is one of those shows that actually gets more interesting the more you think about it . You could probably write an entire essay on the subject of the title alone – in many ways the true horror of the title isn’t so much the idea of things that go bump in the night as it is the fact that the Harmon family are completely disconnected and don’t listen or trust each other any more. You could even argue that the horror is that due to the economy they find themselves trapped in this house unable to do what they really want and need to do just because all their money is tied up in an unsellable property.

Talking about the story without spoilers is pretty much impossible, but I will say that there’s an impressive collection of plots intertwined, with spins on urban legends and traditional feeling horror constructs playing out episode by episode. I did watch multiple episodes at a time (in fact I think I watched 6 episodes back to back) which I think may have helped cover up the fact that the middle of the series might have suffered from a bit of a lack of progress. Also because I was spoiled, I’m not sure how easy or complicated it was to follow what was being gradually revealed, it’s definitely a show you’ll need to pay attention to, but I think it all hangs together.

In the end, despite what the pilot may have indicated, this turned out to be a really interesting psychological thriller far more than a gory, jump-inducing slasher film, and for that I’m very grateful. Season 2 will apparently be an entirely new story with new characters, I’m really looking forward to learning from my mistake and watching that season properly and not being spoiled.