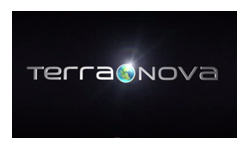 I was a bit thrown by Terra Nova. With its vast budget and marketing hype I was expecting something epic about dinosaurs and the fate of humanity, but I’d forgotten that executive producer Steven Spielberg’s style is actually to tell those stories through the lens of small groups of ‘normal’ people. It worked well to make the story more easily enjoyable, but I can’t help feel a little disappointed that there wasn’t a little bit more epicness about the whole thing.

Terra Nova is much more a family friendly Saturday evening kind of show than I was anticipating, it’s obvious closest comparison is ITVs Primeval but it also fits in neatly with something like Merlin. It’s more about a gradually developing storyline and gentle character interactions than it is high adrenaline or intensity. It’s not that there aren’t serious stories to be told, but they are mostly buried under a more frothy layer of action, mystery and humour. If you want to peer under the surface there’s interesting stuff, but if you just want to be entertained, you don’t have to bother looking.

I was very impressed with the characters – they care about things, they get scared, they make jokes, they’re extremely competent at what they do and even the bad guys actually want to work together and compromise so that they can all get as close to what they want without destroying everything. The only dark spot was Josh, the teenage son, who seemed to just be a bit of an idiot, but he really was the only weak link in a great collection of regular and recurring characters and actors.

I wish the writing of the plots were up to the same standard as the writing of the dialogue. While I struggle to remember what many of the episodes were actually about,. I can certainly recall tutting over several of them as gaping holes and unanswered questions were left laying about.

Terra Nova is not an epic story that will span eras, an action packed thriller, or an intense character drama, it’s ‘just’ a little show about a group of people in a weird place. I enjoyed watching Terra Nova and spending time with its characters. It’s not going to set the world alight, but as an escapist hour of television each week, it was pretty good. My biggest complaint about the whole thing would be that it would have been nice if there were a few more dinosaurs.