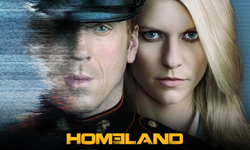 There’s a phrase that’s often applied to television shows – “sophomore slump”. It’s thrown at shows that have a promising, even brilliant first season and then in their second rather fall apart. Sometimes that’s because the series creators have put loads of thought, years in some cases, into the first season – forced to pitch it to endless executives and agents to get their baby onto the screen. Then for the second season they have just a few months over the summer to come up with something and the people that previously poured over every little detail of the show, presumably are rather more prone to say “just do what you did before, we trust you”. Some of those creators may never have dared hope they’d get beyond a first season and suddenly realise that if they want to sustain their show they’re going to have to stretch the plot out further and expand the number of characters. While I don’t think Homeland slumps quite so far as something like Lost, the slump was pretty bloody impressive.

Of course part of the reason for a large slump is that your first season is so very good that you’ve got a lot of space to fall in to. I named Homeland one of the best shows of the year last, praising it for being “complex yet accessible. The gradual reveal and development of characters is fascinating and I was on the edge of my seat all season not knowing which way anything was going to go.” Unfortunately for season 2 the reason that I never knew which direction stories would take was because the characters and stories were so incoherent they couldn’t be predicted.

The plot of season 2 was just plain all over the place. Each episode lurched from one unlikely event to the next, storylines bodged together with string and blu-tac. Every episode had moments which induced out loud proclamations of “really?!” and eye rolling frustration at the shortcuts and bodges necessary to drag the story out. What was even more insidious about season 2 is that it made me doubt my previous opinion of the show. Was the plot of season 1 actually intricate, or was it really just a mess of knots and tangles?

On the plus side, the acting is still superb – only the very best of actors could negotiate their way through the terrible dialogue and stupid decisions to make their characters seem only slightly ridiculous. The beautifully nuanced performances by Damien Lewis and Claire Danes managed to negotiate their way through the ambiguity of Brody’s brainwashed fundamentalist/political high flyer and Carrie’s obsessive insanity/genius intelligence operative. The quality of their performances meant that the question of how much of their trust and love was faked on each side was interesting, rather than just drawn out indecision on the part of the writers. Their characters at least had reasons for their insanity, it was the friends, family and colleagues around them that came across as insane for continuing to follow them.

I think my frustrations with Homeland season 2 really were due to the relatively high quality (or mis-direction) of season 1, which seemed like a complex psychological thriller in comparison with season 2’s more mindless action style. Elements of the plot such as Dana’s relationship with the Vice President’s son and the bored old chestnut of having an important political figure involved and covering up a car accident were what really lowered the tone of the series, making it feel cliché and tired.

While Homeland won’t be appearing in my best shows of the year list again, I will still be tuning in to the next season. Once you rejig your expectations, the cheesy over-the-top nature of the whole thing is quite entertaining. It’s not the same show, and it’s not necessarily a good show, but it still has merit.