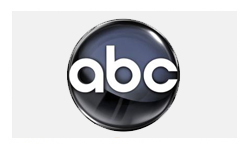 ABC is the family network. Sorta. They’re owned by Disney and tend to specialise in soap opera-y stuff with melodrama and cheese in abundance. They also don’t seem to want to let non-US people watch their trailers, so the quality may be variable. 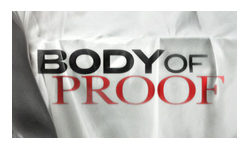 Private Practice never quite managed to work as well as its older sibling Grey’s Anatomy and was gracefully retired after six seasons, Body of Proof lasted just three and hopefully its cancellation will free star Dana Delaney up for something better. Happy Endings had enough critical praise for its two seasons that it may yet get picked up by another channel.

It was a terrible year for ABC’s freshman series, of the 10 shows they brought to the upfronts last year, eight have been cancelled. That’s a pretty awful statistic and some pretty awful programmes. Comedies Don’t Trust the Bitch in Apartment 23 and How to Live with Your Parents for the Rest of Your Life both had names longer than their runs, while Family Tools was, well, full of tools. Of the dramas Last Resort was a great concept badly delivered, 666 Park Avenue was just a poor concept poorly delivered. Malibu Country, Zero Hour and Red Widow didn’t last long enough for me to actually see.

What’s returning
ABC’s schedule is built on foundations of ageing good performers (Castle, Grey’s Anatomy, The Middle and Modern Family) with a second tier of solidly performing sophomore shows (Once Upon a Time, Revenge, Suburgatory and Scandal) and topped off with the two successful new shows – the enjoyable Nashville and something called Neighbors which I’ve never heard of before!

What’s New
Back in the Game – Terry (Maggie Lawson, Psych) is a recently divorced single mum and she moves back in with her grouchy father (James Caan, The Godfather). She ends up coach to her son’s useless little league team. There was some charm to the trailer and I smiled a couple of times, but if those were the best bits, it’s not that great.

Betrayal – a couple begin an affair, but the guy is the defence attorney on a major case while the woman’s husband is the prosecutor. The plot as shown in the trailer seems pretty tenuous, and no one seemed particularly pleasant So it should fit in perfectly alongside Revenge which I felt the same way about.

The Goldbergs – set in the 80’s The Goldberg family shout at each other, don’t connect and the baby brother films everything on a giant video recorder. Most trailers are 2 or 3 minutes long, this one was 4 and every extra second felt like a lifetime.

Killer Women – Molly Parker (Tricia Helfer, Battlestar Galactica) is a tough as whatever Texas Ranger who lets nothing, not even her clothing get in between her and justice. I hate the blurb, I hate the trailer, I hate the costumer, I hate the director and I want the cast to be doing better things.

Lucky 7 – A seven gas station employees win the lottery. They’ve all got problems that the money could solve, but I’m guessing it’s not going to be that simple. The concept is solid, but I didn’t like the trailer much, none of the characters really connected with me and I was left feeling a bit uninspired.

Marvel’s Agents of S.H.I.E.L.D. – Agent Coulson seems to have gotten better after being killed in The Avengers, and he’s establishing a team to investigate stuff. Yes, it’s a daft name, but its JOSS freakin’ WHEDON! I couldn’t be more excited about this if I tried.

Mind Games – Clark (Steve Zahn, Treme) is an expert of human behaviour and his brother Ross (Christian Slater, yes, that Christian Slater) is a con man, but Clark is bipolar and Ross is just out of jail. They set up an agency helping people to get what they want. It’s a bit Psych, a bit Leverage, and may get a bit repetitive, but I was rather charmed by the trailer.

Mixology – 10 single people in a bar trying to find people to be with. When the phrase “from the writers of The Hangover” appeared on the screen suddenly my dislike of the trailer made sense. It’s a shame because the idea of setting the whole season in just one night and one location is quite an interesting one.

Once Upon a Time in Wonderland – Alice is in an insane asylum, finally convinced that Wonderland and the genie she fell in love with there are just a figment of her imagination. But then the Knave of Hearts and White Rabbit appear to take her back to rescue her love. It’s a spin off from Once Upon a Time although I didn’t spot the connection beyond the fairy tale reality, it’s also not got a cast with any real credits or power behind them and I was left unenthused.

Resurrection – 8 year old Jacob died. But 30 years later he seems to have returned from the dead, still 8 years old. It’s possibly the simplest description of any of the new shows, but the impact could be huge and fascinating. It’s going to have the same problem all ‘event’ programmes do which is how do you draw out the mystery without being irritating, but it’s an interesting set up.

Super Fun Night – Kimmie (Rebel Wilson, Bridesmaids) always stays in her with her two friends on Friday night, but she’s invited out by a colleague to a club and hilarity ensues. Except it doesn’t. I guess if you like Bridesmaids this might work for you, but I hated the film, so hated this.

Trophy Wife – a reformed party girl marries a father of three and has to deal with his kids and ex-wives. I was watching this with a resigned sense of horror that this is the kind of thing that gets made, when at around the 20 second mark I realised that Bradley Whitford was in it. I don’t care how much you need to pay the mortgage, have some self respect man, you were Josh Lyman!

Links: ABC doesn’t let non-US people see its trailers, don’t know whether that’s because it hates us or because it’s embarrassed. The press release and schedule summary are at the Futon Critic.

One thought on “The Upfronts – ABC”