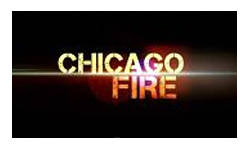 This series is aiming firmly for the guilty pleasure window, but frankly it is much further towards guilty than pleasure most of the time.

It didn’t really seem possible or desirable for the series to maintain the intensity of the pilot episode, and while it did tone it down microscopically, it’s still pretty ridiculous. All the characters lurch from one crisis to another every couple of episodes with more traumas in the first season than most shows see in a lifetime, and that’s not even including the actual disasters that the characters attend.

Sadly the dialogue hasn’t got much better from the pilot where I described it as “Every line is delivered like it’s the end of the world and the trophy for delivering the most clichés is the only thing that will save you from damnation”. Some characters are worse than others, Chief Boden is so intense about everything it hurts, Peter Mills (who I actually thought might be called Petermills for a while because of how often he’s referred to by full name) has an entirely disproportionate response to every little thing and Dawson’s ability to bounce from simpering to sanctimonious is astonishing. And sadly I never did get on with Jesse Spencer’s American accent.

In no way, shape or form would I ever describe this as a good show, and yet I’ve made it through 20 odd episodes. The salvation is that at their hearts the characters are all likeable, they have good intentions, strong bonds and are there for each other and the city they serve. I don’t understand why there aren’t more TV shows about fireman and paramedics, the audience automatically feels for them and want them to be happy and successful, it’s like making a show about kittens, just with more potential for explosions.

The production budget is well spent, actual big stunts are actually few and far between, but even the smallest stunt or effect is visceral and scary. Interestingly the call outs are often considerably more subtle than the non action-based scenes, with tension usually caused through smoke instead of explosions. To my memory they exclusively stay with the rescue services’ points of view, thereby escaping the Casualty teaser syndrome of trying to work out which of multiple disasters waiting to happen will cause a trauma for the nice family we’ve never seen before. That gives us the adrenalin of seeing the teams go into unknown situations and show off their know-how by working everything out quickly, while also conveniently decreasing the budget required to big disasters.

A lot of the marketing appears to be pushing the “sexy fireman” angle and the directors definitely do their best to remove the bulky uniforms, but frankly if that’s why you’re tuning in I think you’re going to be disappointed. In fact, tuning in for anything other than just a show that you put on in the background with ironing or a crossword, you’re going to be disappointed. It’s entertaining noise, some exciting rescue sequences and an occasionally amusing side story. Mind you, next season we’ll have the Chicago PD spin-off, and that doesn’t even have the action sequences, so my hopes for that are even lower!

One thought on “Chicago Fire: Season 1”