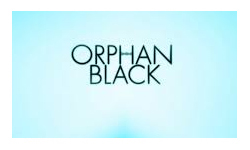 I went in to this series with high expectations. It had a lot of buzz about it from the US where it has almost immediately become a cult classic. It’s a favourite of the critics, but made no impression at the big award.

It’s a Canadian production, distributed by BBC Worldwide, but despite running March-June on BBC America we had to wait until September for it to eventually appear on BBC 3. Despite its hype though I did my best to avoid finding out too much about what it was. I knew it was about clones, but I didn’t really know anything else and I think that actually made it even better. I’ll try to repeat the favour, so if this review is vague to the point of incomprehensibility, it’s for your own benefit.

One thing I can talk about is the style. I was a bit worried it would be the kind of show that would alienate people (myself included!) by being too cool. Too gritty and edgy, trying to appeal to the Youth market that I hear tell of by being all loud music, sex, nudity and swearing. It wasn’t. But neither was it flat or dull. It had a sort of effortless style to it, music that you don’t necessarily consciously register but which drives everything along. The style comes from the characters, so when it’s a bit over the top on the grungy graffiti front, it’s OK because that’s just Felix’s flat, or if the gothy punk bit is a bit much, that’s just because it’s what Sarah’s like. If it’s a bit weird and trippy at times, well again that’s just what that particular character is like and in each case there’s a very good reason why they’ve committed so wholeheartedly to that particular style.

The only thing that I’m going to say about the plot is that it’s about clones. That could still count as a bit of a spoiler, but without mentioning that there’s no way that I could talk about the most incredible thing in the show. Tatiana Maslany plays all the clones. With the aid of some wigs and costume changes she manages to make every clone a completely independent character. After hardly any time at all I couldn’t even see the same actress underneath them. Even when it ends up with one clone impersonating another, you never lose sight of the characters. It’s a phenomenal collection of performances that is worth watching the show for all by itself. She won both the major critics awards (Critics Choice and Television Critics Association) yet not even a nomination from the Emmys, which tells you everything you need to know about her performance and the idiocy of the Emmys.

Although Maslany’s performance is far and away what makes the show, the rest of it keeps up with her. The plot developments and turns kept me on my toes throughout, but they were never so complex that I started to get confused and/or lose interest. It blends all the elements of science fiction and drama together with plenty of characters and relationships to make you care, and enough humour to break the tension at the right points and acknowledge the ridiculousness of the situation.

This is a great series. I can’t really think of anything like it on TV at the moment. I guess the closest would be the Channel 4 series Utopia from earlier this year, but to be honest, Orphan Black puts it in the shade in every regard except pure directorial style. I cannot wait to see where season 2 goes.

One thought on “Orphan Black: Season 1”