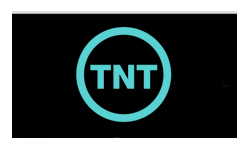 In addition to the major networks, many of the smaller channels make annoucements at this time of year. TNT seems to have been making a big deal of its brand “refresh” with a new tagline: “TNT Drama. Boom.” . Seriously. Anyway, TNT has a dozen or so shows which it airs at odd times, so at the moment they’ve got some established shows just finishing their seasons, and new shows starting up over the next couple of months. They also seem to make their shows WAY in advance of airing, because the two new shows that are about to start already had full trailers available this time last year, which is a ridiculously long lead time!

What’s Dead?
Southland made it five seasons, which isn’t bad going considering that NBC cancelled it in the middle of its second season. Mob City and Monday Mornings didn’t make it beyond their first seasons. Mob City was a Frank Darabont produced noir cop show set in the 40s which didn’t appeal to me in the slightest despite the good cast and crew, but Monday Mornings looked like an interesting medical procedural show but didn’t make the cut.

The only TNT show which I sort of watch is Perception, which finished its second season in March and is due to start the third in June. Rizzoli and Isles is the channels longest running show, and is due to begin a fifth season in June, at the same time as Falling Skies starts its fourth and Major Crimes starts its third. Franklin and Bash will apparently have a 4th season which should be starting sometime over the summer if they stick to previous schedules. Dallas is just finishing up its third season (in the incarnation at least) but there doesn’t seem to be any word on if there will be a fourth.

What’s New?:
The Last Ship (trailer, June): A virus kills most of the world, an American Navy ship is the only thing left to find a cure. It’s made by Michael Bay, but on a television budget which doesn’t sound like a good combination. The awake amongst you will also note that this was on LAST year’s list as an upcoming show!

Legends (trailer, August): Sean Bean plays an FBI undercover agent who is losing track of who he actually is. Again, it’s been loitering since last year.

Transporter The Series (trailer, ‘Fall’): Based on the film series, I’m a bit there will be lots of driving, punching, shooting and quipping. The plot seems largely irrelevant. Could actually be rather fun.
http://vimeo.com/95179065

The Librarians (trailer, ‘Winter’): Originally this was a series of three made-for-tv films, but it’s now being expanded into a television series. It looks like Indiana Jones (or possibly The Goonies) meets Warehouse 13 via a bit of Leverage and looks like pretty mindless fun.

Proof (trailer , 2015): a terminally ill billionaire hires a sceptical doctor to investigate whether there’s life after death. My first thought with this kind of pitch is always – no there isn’t. My second thought is, how long will this terminal illness be dragged out.