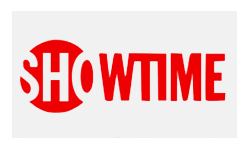 What’s Dead
Only one show ending on Showtime this year, Californication is just finishing up its seventh and final season

What’s Returning
Shameless and finished its fourth season a couple of months ago and will be back next year for a fifth. Homeland will return later this year for a fourth season, if anyone still actually cares. Ray Donovan and Masters of Sex will both be back very soon for their second seasons. Nurse Jackie will be back next year for its seventh season. Episodes, House of Lies and Web Therapy have all been renewed for fourth seasons, but air dates seem a little vague.

What’s New
Penny Dreadful (trailer, already started): Clearly inspired by American Horror Story, Showtime brings some pretty creepy, gruesome and scary stuff to the screen, drawing from existing characters from 19th Century literature such as Dorian Gray, Dracula and Frankenstein. It’s already a few episodes in and started in the UK on Sky Atlantic (who co-produced the show) last week.

The Affair (no air date): The impacts of an affair. Not much of a plot but a stunning cast – Dominic West, Ruth Wilson, Maura Tierney and Joshua Jackson.

Happyish – I would imagine is on hold, it’s the Philip Seymour Hoffman comedy series that he was working on when he died.