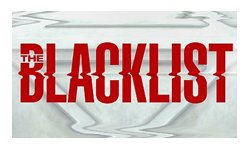 This is the type of show that lives and dies with its star. The plot itself is pretty generic, the supporting cast relatively disposable, and there’s not really much in the way of directorial style to pull it all together. It’s all about the star. And these people knew exactly what they were doing when they built the entire show around James Spader.

What Spader does is make the show fun. There are plenty of gritty dramas and procedurals out there with moody heroes or anti-heroes who are “doing what has to be done, for truth, justice and the American way” or whatever. But while Red Reddington definitely has a mission, he also has a huge amount of fun along the way. His confidence in his own knowledge and abilities somehow doesn’t make him obnoxious, or maybe it does, it’s just that the fact the boring FBI agents he’s surrounded by find him spectacularly annoying and hence I find joy in watching their frustration.

Most importantly, he’s utterly unpredictable. You can never guess what Reddington will do, or how Spader will play something. He may opt to deliver earth shattering dialogue with a wink and a smile, or a soliloquy on the artistic merit of a painting as if it’s the most important thing in the world. He can be utterly chilling while talking about wine or light and joking while threatening to murder your family. He’s all over the place, but in a very very good way.

His unwilling partner gets the less glamorous job of playing the straight man, and I know some people have been pretty critical of her, but I actually maintained my positivity for her from the pilot. Her reactions may have been a lot more predictable and obvious than Red, but they were always appropriate and Megan Boone’s performance was always spot on. When she was emotional, I empathised and when she was cold, I believed that people should be afraid.

I guess I have to comment on the rest of the show, which just ain’t that great if you look at it coldly. The supervillain of the week was a bit variable, many of them seeming rather too easy to take down or just too gimmicky to really be credible. The ongoing mystery/conspiracy storyline frankly got rather too convoluted for me quite quickly and I rapidly gave up on it, although that didn’t really matter that much. The storyline with Liz’s husband was reasonably well done, bouncing back and forth a couple of times, but moving forward a lot faster than I’d expected it to.
The supporting characters are all pretty flat, most of them never raising beyond stereotype. Ressler starts to show flashes of humanity, but the other agents are very weak, particularly the outright awful Agent Cooper and the thankless role that Parminder Nagra got lumbered with. There’s a couple of slots open for new characters next year, it’d be nice to see some women that neither slept with Red nor were completely useless.

This is certainly in contention to be my favourite new show of the year, and James Spader will definitely be on my list of favourite performances of the year. Without him, it’s a mediocre drama which I doubt would have made it onto anyone’s radar. With him though, it’s a joy to watch.

One thought on “The Blacklist: Season 1”