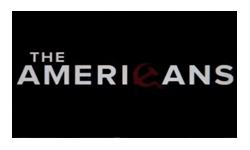 I felt the first season of The Americans was most satisfying if you approached it as a fun spy series, an exciting romp with a generous supply of wigs and 80s gadgets. If you went in expecting that, the complex characters and fascinating politics (both local and global) would be a pleasant and rewarding surprise. The second season I feel has raised its game with the more serious elements, layering on more complexity to the characters and additional twists to the plot, but has possibly sacrificed some of the fun along the way.

Several of the plot lines and issues for the characters are stepped up a level this season. Peter and Elizabeth spend much of the season wrestling with uncertainty as to whether their cover is gone and whether their children are at risk, and almost every relationship combination is pushed to breaking point by the multiple layers of secrets that are being kept.

Each of the story lines is complex and very elegantly told with no words or actions wasted on things that are obvious, but an appropriate level of ambiguity and uncertainty where lesser shows may have tried to force definitive directions. The Americans isn’t afraid to leave it unclear how Nadia feels about Stan, or how Philip feels about Martha because there is no easy answer to that. Their relationships are built on manipulation and secrets, but that doesn’t mean they don’t have feelings and empathy. Even the manipulators are in turn being manipulated and everyone is at the mercy of someone else whether they know it or not.

As the stories have become more complex all the actors have risen to the challenge. Each of them can switch effortlessly between subtly conveying the conflict and uncertainty of their characters to then delivering moments of pure power. Each character gets a chance to be angry this season and they’re all just as scary as you’d expect people fighting for their families and their countries to be. The secrets and layers of cover blur and tempers flare in the wrong directions, scaring everyone concerned.

I will admit that on occasions the details of the plot rather got away from me. The nuts and bolts seemed solid, but the various loops of having to manipulate X so that they could steal Y and deliver it to Z got a bit repetitive. I’m not entirely sure whether it’s a good or a bad thing that it didn’t really matter if you let all that stuff wash over you. I generally watch television for the characters rather than the stories themselves, and there is certainly enough character to keep engaged even if some of the finer details of what they’re trying to do kind of passed me by.

I do feel that this season didn’t have the level of fun that the first season did. There were still some moments of lightness, which were a welcome and necessary contrast to the darker story lines, but it could be a bit of a slog at times. The darker side is certainly extremely well done, but I hope that the series doesn’t completely lose sight of that lighter side and descend into a bleakness that just becomes depressing.

One thought on “The Americans: Season 2”