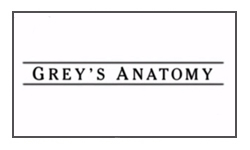 I find myself filled with a pretty significant ambivalence about writing this review. I mean we’re talking about season 10 (which I had to look up) of a show. I mean, what am I going to say? Grey’s Anatomy season 10 is pretty much like season 4 or 8 of Grey’s Anatomy.

I thought about spending some time tracking whether there was a pattern (like even star trek films) which would explain waves of terrible storylines or characters, but I concluded that was just too much effort and analysis to apply to something that’s fundamentally a soap opera. It’s a glossy, expensive prime time one, but nevertheless it’s a soap opera whose characters are at the mercy of writers who have to fill 20 odd episodes a year with melodrama and a few episodes each year with enough drama and scale to draw in bigger audiences for sweeps. It’s not rocket science, sweeps week rolls around and something is going to explode all over a relatively big name guest star.

Of course it doesn’t make sense that the characters continually have no concept of birth control, or blindly walk into electrocuted puddles, or get drafted by the president, or get given a hospital in Zurich. The plots are ridiculous but I can just about deal with that so long as the characters’ responses to the insanity around them are self-consistent, and this season at least they did seem to be. Characters remembered what had happened before and learnt from it (except for the birth control bit), they moved forward and even occasionally had conversations about their feelings and talked about their issues like grown-ups. So it may be ridiculous that Burke offers Christina a hospital, she at least acknowledges that it’s like he’s Willy Wonka. There’s a self-awareness to the whole thing that sort of undermines any criticism.

If you didn’t watch, or didn’t like Grey’s Anatomy season 1 then you’re sure as anything not going to like this. But if you’ve been with the show, following these characters for 10 years, then you’re pretty unlikely to give up now. I’ve spent more years with some of these characters than I have with people I consider close friends and that emotional connection is powerful whether I like it or not. Knowing Sandra Oh was leaving, I thought I was prepared, I’m not even that big a fan of the Christina character, but as she and Meredith danced one last time I pretty much wailed into a tissue box. I mean, say what you like about the stupidity of the storylines, but to get that kind of reactions… they’re doing something right.

One thought on “Grey’s Anatomy: Season 10”