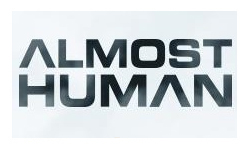 Possibly the most promising and interesting new series of the year, but it’s a sci-fi series on Fox, so obviously it’s cancelled after only 13 episodes. Sigh.

In fairness to Fox, the series did get off to a rather ropey start. The pilot was pretty clunky, playing out a number of traditional SF tropes without really giving them much freshness. They should frankly be paying royalties to Bladerunner! The backstory of the world and characters was delivered in big chunks of very heavy handed exposition, every emotion was dialled up to 11 and you had to really want to see the potential in it. On the plus side, the pilot certainly showed that little expense was spared on the production design and special effects though and as I had been informed by various reviewers that the series got better I figured I’d stick it out for the full, short run. It’s not like there’s much else in the way of SF to watch at the moment.

It almost immediately picked up though, or maybe settled down is a better descriptor. The writers realised that the real strength of their show was actually the old stalwart of the mismatched buddy cop motif, and that in Karl Urban and Michael Ealy they had the kind of actors who can bounce off each other, elegantly hiding real emotion and depth behind effortless banter. The high points of the show weren’t any of the (admittedly stunning) special effects, or moderately well thought out sci-fi storylines, but the small scenes of the two guys sitting in a car bickering. It’s just a real shame that the pilot didn’t show that off.

Urban may have gone into it as the big name (Eomer in Lord of the Rings, Judge Dredd, Dr McCoy in the new Star Treks) and he certainly delivers, but relative unknown Michael Ealy completely holds his own and creates an amazingly complex character in Dorian. He is the ‘amost human’ of the title, and manages to make both of those words relevant and intriguing. The supporting characters were a little weaker, disappointing given the pedigree of the actors involved, but then they never really got much of a chance to develop beyond their single paragraph summaries.

It’s sad that this show was cancelled, but I can turn that frustration around on the show runners. It’s not Fox’s fault for cancelling a show with too low ratings, it’s the producers and writers fault for making a poor pilot that led to losing nearly a third of the audience before the second episode. First impressions are everything, and a show is unlikely to be able to recover from that sort of start, making the whole thing a waste of time and talent. A real waste.

One thought on “Almost Human: Season 1”