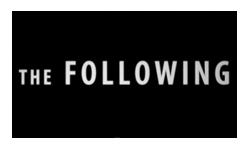 The Following season 2 was basically just like season 1, just with a few additional psychopaths. But then the first season did work in an insane type of way. I mean the whole thing is preposterous in the extreme, but there’s never a dull moment at least. It’s a good thing, because if there were any dull moments they’d be filled with the sound of plots collapsing under the catastrophic unlikeliness of everything. Characters make insane decisions, organisations are hugely incompetent even the weather made no sense with snow appearing and disappearing in minutes.

Fortunately though everything moves along at such a pace you don’t really pause to question it (helped in my case by usually watching this while cooking or baking). The action sequences are lively and frequent enough and the quieter moments are held together with the performances by James Purefoy and Kevin Bacon who are laying the ham on spectacularly thick but seemingly having a glorious time doing it.

The supporting characters tend to get a bit bogged down and the actors are maybe taking things a bit too seriously. I wish the more easy-going and youthful Mike had stayed around a little longer before turning into the bitter and scary version we’ve got here. Also following the season 1 death of the previous competent yet ineffectual female law enforcement officer, she’s been replaced with another almost identical one who just spends her time saying “Ryan you shouldn’t do that” and watching him run off to do exactly what he shouldn’t. Emma meanwhile, despite being a pretty horrific person, actually seems to be the only one in the whole setup with any brains at all. The rest of the supporting characters come and go with speed, which while theoretically this keeps the audience on their toes, it sometimes backfires in that it never seems worth engaging with the characters if they’re likely to die within a few episodes.

The plot is sort of the same as the previous season, but with an intriguing twist, rather than Joe being at the top of the totem pole, this time he has to start from the bottom and beg, borrow and bludgeon his way there. Some of the religious stuff did get a little much towards the end, but the idea of him infiltrating someone else’s cult was a nice spin on things.

The shorter seasons (15 episodes) work well for the series, frankly taking it down to 12 may not be a bad idea, I lost interest around episode 9 and only came back to it after a couple of months when I’d run out of other things to watch. I’m not certain whether I’ll bother watching next year, it sort of overlaps a bit too much with The Blacklist, and I’d much rather watch James Spader than Purefoy and Bacon, but if I’m short of mindless distraction, I’ll probably give it a try.

One thought on “The Following: Season 2”