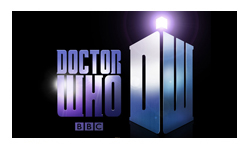 Another season of Doctor Who has gone by, and I find myself completely and utterly ambivalent about the whole thing. I can’t even find the enthusiasm to get properly cross about it, I’m just utterly bored. That makes me really sad. I’ve had some mixed responses to Doctor Who in the past, but never before have I felt so un-engaged from it that I can’t summon the enthusiasm to rant. I mean, what’s that about?! What’s the point of me if I can’t even be bothered to rant?

The whole series just felt messy. Too often really solid ideas were drowned in frippery and fuss. Two dimensional aliens who turn people into pictures in order to understand them – Cool. A shrink ray that traps the doctor inside a MUCH smaller on the outside Tardis – adorable! Bodge the two of them together with an excuse that “2 dimensional aliens are stealing energy which makes things smaller” – ridiculous. The explanation makes no sense at all! It was cluttered, inelegant and a waste of two good ideas in one fell swoop. Over and over the writers relied on fast talking and bouncing between ideas to cover the fact that they lacked the courage or rigour to fully develop any single idea into a solid storyline.

Then of course you’ve also got the usual problems with having to make excuses about when the Tardis could be used as a time machine and when it couldn’t. The entirely clumsy bolting on of a mysterious character at the end of each episode to power the two-part finale (and what was going on with her accent?!). Also, was there a massive dent in the budget this year? Many of the episodes and effects were stunningly naff, London turned into a forest with no people and the occasional red phone box, inside the Dalek looking like the air conditioning room of the studios).

The biggest problem is that when the writing of the stories is bad, you lose faith in the writing of the characters. How much of the Doctor’s hypocrisy, selective memory and mood swings were supposed to be a character trait and how much was lazy writing? We’ll never know. I’d love to say that despite everything Capaldi rises above, but I just don’t think he had a chance. Without the subtlety and the quiet moments in the right places, I never really got the hang of his character and he just didn’t have the material to shine. I know Capaldi is a fine actor who can do both comedy and drama, but I just didn’t feel like the Doctor was being written for the actor in the same way it was for previous incarnations.

What actually held it together was Jenna Coleman as Clara. I described her before as almost painfully adorable, but she was so much more this season. She did everything and she did it in a way that felt fresh and original. Romantic comedy, grief, determination, terror… I believed her. In fact she was the only thing that I believed. While the stories swerved about all over the place, she clung on and matched tone perfectly. It may not have made for an entirely consistent character, but it certainly gave a consistently enjoyable performance.

I think it’s time for Moffat to move on. It’s time to take Dr Who back to basics and get the stories back on track. Make it fun, make it coherent and make it powerful again. There were powerful moments and lines, but they were buried amidst so much stuff that they get lost. Turn it around Doctor Who, you’re losing me.