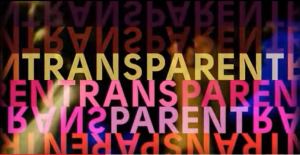 Transparent is basically a family drama. Although the driver of the story is the father’s revelation that he has been hiding the fact that he identifies as a woman, really the series is as much about how the three adult children respond to that as it is about their father’s new life. Through their reactions and a series of flashbacks it becomes quite clear how much this secret has impacted everyone’s lives, shaping relationships, and impacting the way everyone manages their emotions.

I guess it’s a spoiler, but it’s hard to review the show without noting that none of the three offspring seem particularly pleasant or well-balanced to start with and their frequently selfish responses to their father’s news really don’t inspire you to want to spend more time with them. I found them all pretty irritating, but the oldest daughter at least seemed to exhibit some awareness and even consideration of how other people might feel, even if the way she manages her own life is still pretty childish. But the middle son and youngest daughter basically seemed to be in an ongoing competition to see who could be more horrific. Obviously it’s not hard to connect their spoilt, self-centred, entitled attitudes to their emotionally distant parents, with their father never being truly himself, but the explanation doesn’t make them any less frustrating to spend time with.

All the likeability of the series comes from the wonderful Jeffrey Tambor as Maura. Maura is fundamentally just more likeable, she’s far from perfect, but there’s a vulnerability, courage and also a joy to her that just makes you want to spend more time with her. The flashbacks are very well handled, showing just how different she was as Mort. I like that they started the series with Maura coming out to her family and then flashing back to show her progression to this point. Telling the story linearly from either point wouldn’t have shown the contrast and growth nearly so clearly and it would have got boring quite quickly I think, this way allows a much fuller exploration of the journey.

I powered my way through this series in just one day. It’s not really that hard as it’s only ten half hour episodes, and I basically slotted it in around household chores and DIY. I this is a near perfect way to watch actually. You need to keep using the momentum that the beautiful writing and incredible Tambor generate to power you through the frustrations of the hateful younger children and the occasional diversions into whimsy. I’m not entirely sure how much more time I want to spend with the family, a movie actually may have been sufficient, but I certainly intend to return next season and hope that the younger characters can be somewhat less insufferable.