The moral seems to be, don’t bring back old shows. Or maybe don’t bring back old shows that weren’t that good or popular by the time they went off air. It’s one thing to reboot/reimagine shows, that can work well to use core concepts and ideas but fix problems or make them relevant to today’s audience. But just pulling the old series off the shelf and starting it again just doesn’t seem to work. 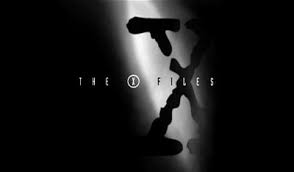 Was The X-Files always this cheesy and obvious? I adored the first few seasons, in the way only an obsessive fifteen year old can, but drifted away from the series when the more convoluted conspiracy based seasons coincided with going to university and not being able to watch regularly. It just seemed to lose the fun and become way too complicated. But I’ve remained a fan of the idea of the series, and the talents of David Duchovney and Gillian Anderson continue to draw me to their offerings (respectively pretty much the only reasons I watched Aquarius and The Fall). So despite missing about 4 seasons of plot, I figured I’d give the resurrection a try.

The first episode started out ok. I liked the way that time had clearly passed and both characters and the world had moved on. Mulder was lured out of reclusion by the potential for a massive government conspiracy about aliens and Scully was… well I’m not sure why she was suddenly involved again. I expected the insane conspiracy to be debunked with just enough cryptic hints left to support the possibility. Instead it was left completely open. Sounding utterly nuts, but left floating like it’s actually a possibility.

Then the second episode seemed to jump straight back to season 2. Mulder and Scully are back to being regular FBI agents investigating are they/aren’t they weird mysteries while engaging in are they/aren’t they in a relationship meaningful looks. The awkward shoehorning in of references to their son, with a disjointed explanation for those of us that weren’t caught up with the backstory, and cheesy flashbacks was just amateur.

Sadly, I don’t think I’ll be bothering with the rest of the series. It made me nostalgic for the original early episodes, but just reminded me of why I stopped watching. To top it off, it just wasn’t very well produced and looked quite cheap. Maybe quality and expectations for television series have gone up in the intervening decade, but this felt unpolished and old. 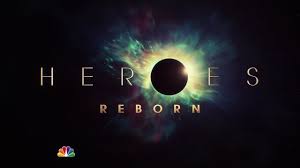 Was Heroes always this smug? I think the answer is probably yes. It did rely heavily on throwing lots of ideas, characters and styles at the screen and just let them all fend for themselves. The audience is left to just sort of perk up when something they’re interested in goes by and then drift off in the other sections, and if you drifted out for something that the writers later decide was important, well tough luck on you.

The reason that Heroes managed ok for the first season or so was that the characters were interesting enough that you didn’t drift off too often. But no one in the first episode of Heroes reborn grabbed me at all. It looks like a lot has happened in the gap between the series (although I now can’t even remember whether I made it through all the episodes or not) with (I think) the heroes becoming public and accepted and then (at the start of the new episode) them being… I don’t actually know. They seemed to be the target of an attack and yet then vilified as the terrorists? I didn’t understand. And I didn’t actually care.

I think some of the original characters are going to cameo in later episodes, but for now the only character really returning is Noah (Claire’s dad, the glasses man) and he was hardly the most exciting thing from the original series. The new characters, well I don’t really know what they can do, who they are or, to be honest, have that much interest in finding out.