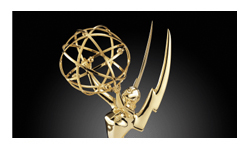 Seems that my TV watching (and getting round to writing about it) is waaay down this year, so I’ve seen hardly any of what Emmy considers the best TV of the year (or the year 1st June 2016 to 31st May 2016). So this is just a very quick brain dump of my thoughts on the dramas

Outstanding Drama Series:
The Americans – I love it. It’s such a beautiful character study, elegantly told and combined with just enough excitement and spy stuff to keep it exciting.
Better Call Saul – I never really got on with Breaking Bad, let alone this one.
Downton Abbey – Seriously?! Even if you just view it as cheesy entertainment, there are still far far better options!
Game of Thrones – I got bored a couple of seasons back, but from what I read it’s had a pretty good season
Homeland – I gave up during the slump period and am impressed that it’s seemingly managed to survive that and come back stronger
House of Cards – I haven’t seen this season, and am not sure I will bother. It was good at the start, but became increasingly contrived and full of characters that I just hated
Mr Robot – I got a few episodes in and was impressed at the show, but just didn’t like or enjoy it enough to continue.

What I want to win: Of those options, of what I’ve seen, The Americans is by far the best show there is.
What’s missing: Jessica Jones was absolutely superb and although The Walking Dead didn’t have the strongest of seasons but it still beats Downton Abbey hands down. Nothing for The Good Wife? I thought this season was a considerable step down and it seems others agreed, but it will still be better than Downton Abbey. No Orange is the New Black either (although it was the slightly disappointing 3rd season that was eligible, not the recent 4th which I hear is better).

Kyle Chandler, Bloodline – always wonderful, this is still on my list of things I intend to catch up on, almost enitrely because of Chandler.
Rami Malek, Mr Robot – very good, an awkward and difficult role, but from what I saw Malek makes it credible.
Bob Odenkirk, Better Call Saul – no idea
Matthew Rhys, The Americans – yes! And FINALLY. There is so much depth and complexity to this character and his relationships
Live Schrieber, Ray Donovan – didn’t like the show, but Schrieber was fine.
Kevin Spacey, House of Cards – the character turned into too much of a pantomime for me

Who I want to win: Matthew Rhys obviously.
Who’s missing: I think Matthew Rhys would likely still be my winner, but there were a few that could have given a run for his money. David Tennant was utterly compelling and horrific in Jessica Jones (maybe he would count as a supporting?), Andrew Lincoln as ever on Walking Dead. Tom Ellis on Lucifer was a completely different type of performance but deserves recognition for the astonishing amount of charisma he delivers. And as per usual, despite not having watching in yonks, I can’t imagine the two leads on Supernatural have lost any of their talent for doing everything from pratt falls to emotional devastation, often in the same scene.

Claire Danes, Homeland – she was never the problem with the show and if the writing got better, then I’m sure she deserves this space
Viola Davis, How to Get Away with Murder – no idea
Taraji P. Henson, Empire – I really must get round to watching this
Tatiana Maslany, Orphan Black – Yes Yes Yes! The fact that she is listed with 6 character names tells you everything you need to know. She’s phenomenal.
Keri Russell, The Americans – also fantastic. Like Rhys there’s so much depth, but her character is even more restrained and even confused about her own self. How do you even start acting as a character who’s losing herself in the characters that she’s acting as?
Robin Wright, House of Cards – her character was much better written than Spacey’s

Who I want to win: What an amazingly strong category. It comes down to the two I’ve seen (obviously) and I think Maslany edges in front of Russell, but I do acknowledge that it’s almost cheating to have someone who gets such diverse characters all at once.
Who’s missing: Oh that there could be a dozen nominees in this category. Kirsten Ritter of Jessica Jones was phenomenal, soooo many layers. I’ll once again put in the good word for Ellen Pompeo on Grey’s Anatomy, tirelessly putting in good work and getting no recognition, the episode where she was attacked was just amazing. Hayley Atwell gave another charming and underplayed performance on the criminally under-appreciated Agent Carter. Oh, and Eva Green missed out for the final season of Penny Dreadful, a show that just seems to have completely passed the Emmys by. Oh, and no Julianna Margulies for The Good Wife

Jonathan Banks (Mike), Better Call Saul – no idea
Peter Dinklage (Tyrion), Game of Thrones – he was pretty much the only thing that got me through the last season of Game of Thrones I saw
Kit Harrington (Jon Snow), Game of Thrones – if he got something to do other than mope about then he was probably pretty good.
Michael Kelly (Doug), House of Cards – another high point on the show.
Ben Mendelsohn (Danny), Bloodline – no idea
Jon Voight (Mickey), Ray Donovan – no idea

Who I want to win: all three Game of Thrones ladies are wonderful, so I guess it just comes down to quality of material they got.
Who is missing: Christine Baranski for The Good Wife? I didn’t see this season but she’s never anything other than wonderful. Probably most of the cast of Orange is the New Black. Melissa McBride’s Carol on The Walking Dead had yet another stunning season.