There are eight nominees for Best Film this year, and they cover about half of all the nominations across all the awards for feature length categories. I’ll post tomorrow my thoughts on the rest of the awards, but here are my reviews and thoughts on these eight films, what’s missing, what I want to win, and what I think should win. In alphabetical order – 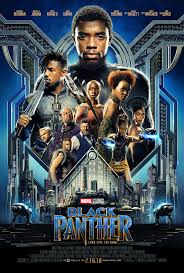 It never ceases to impress me how each entry into the Marvel franchise manages to do something new and different, while still fitting into the overall framework. Black Panther’s uniqueness is around blending futuristic technology with African culture and history. It’s rightly getting press for its cultural significance and that this film is so remarkable is a depressing statement on the history of film and I recommend seeking out articles by people a lot more relevant than me to comment on that. What I can comment on is that the film was a huge amount of fun. I was gripped, amused, entertained and intrigued almost all the way through. I lost a little bit of focus during the final (inevitable) big battle, but even that had an impressive amount of character and emotion in it when compared to something like Iron Man 3, or anything out of the DC universe.
I’m a big fan of this film, and with the expanded number of nominations the Academy can now include films that are excellent examples of their genres, even if those genres aren’t usually respected by the Academy. But it makes feel a little uncomfortable considering how much this nomination may be a ‘token’ mark of respect for the cultural significance of the box office success. Is this the Academy being patronising? “Well done you black people for proving that you can make films too!”. Something that nobody except movie financiers actually needed to be ‘proved’. I really don’t know, but there’s something that doesn’t feel quite right. Either way, I don’t think it’s going to win, and while I like it and it made my top 10, I don’t think it was the best film of the year.

I struggle with this film. At it’s heart is a story that is completely ridiculous, and yet is apparently true. In the 1970s the first black cop in Colorado Springs, persuades his department to launch an extensive investigation into the KKK. He does this by joining the KKK, with himself playing the member on the phone, and a white (Jewish) colleague playing the member in person. I mean, why does the white cop not just talk on the phone too? That central question bugged me the whole way through the film. It also bugged me that it seemed to be presenting itself as a dark comedy, but wasn’t really funny enough, and I’m not entirely sure it was dark enough either – the ineptness of this branch of the KKK seemed to undermine the horrors they committed. And then, the film ends with news footage of horrible events in present day America which just didn’t feel appropriate with the light tone the film ended on. It felt like finger wagging, when the rest of the film had done very little to actually educate or elevate the discussion.
Just like Black Panther, this feels like it was earmarked for one of the ‘extra’ nominations, a mark of respect rather than a real expectation of it being a contender. The more I think about this film, the more I wish Spike Lee had made t a documentary instead.

I always forget just how many truly great songs Queen have had. The trailer alone for this film packed half a dozen songs together into a stunning mashup with incredible editing. Then you’ve got the story of the band, and particularly Freddie Mercury which gives more than enough story. Sadly, while the material is all there for a 10/10, the film only manages to get to 8/10. There were a few too many elements that I felt needed just one more polish – dialogue and direction were at times just too obvious, most of the characters were too thinly painted (particularly Paul and Mary – I don’t think it passes the Bechdel test) and I don’t think there was really a commitment to how to handle Freddie’s sexuality.
These things all prevent the film from being ‘outstanding’ and prevent it from being a truly worthy contender. However, the things that niggle from that point of view, don’t detract from the pure enjoyment of watching this film. I was entertained throughout, and firmly convinced of the joy and heartbreak of Freddie and Queen’s music. I watched most of the last 20 minutes with a huge grin and tears streaming and as soon as I got home I put Queen’s Greatest Hits on and turned the volume up. 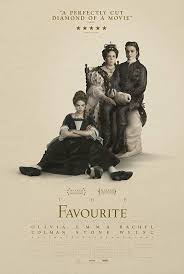 What an odd film. I mean from the director of The Lobster and Killing of a Sacred Dear, that’s hardly surprising. In fact the only thing that’s surprising is the fact that such a weird movie is getting such a huge mainstream release. Of course that’s mostly down to national treasure Olivia Colman who is perfectly cast and perfectly delivers the complex heart of the film – a farcical character driven by incredible tragedy. There are few actresses that could manage to imbue a character with such strength, childishness, pride, rage, loneliness and just all round complexity. Rachel Weisz and Emma Stone have relatively simple roles beside that, but the triangle of the three of them is only as strong because of all three points. That complexity and confusion occasionally lurches in the film, and while the ending was ‘right’ it maybe wasn’t as satisfying as I might have wanted. But I was impressed, entertained and quietly stunned through the whole film and can’t think of anything that compares.

I’m a bit unsure about this film. On one hand, it’s a nice film about the development of an unlikely relationship with a lot of laughs and smiles along the way and I really quite enjoyed it. The central performances are all big and the characters are complex and interesting. However, I was also uncomfortable that this was a film about racism, bigotry and systematised hatred and oppression; and if that film is ‘nice’ it’s probably missing something. Not every film has to be hard hitting and challenging, but this one just made me feel a bit uncomfortable. Maybe it’s because it’s being award nominated and is another of those films that if it had been released in May or October, I wouldn’t be so critical towards.

I’ve watched this film twice now. On first watch I was incredibly unimpressed with it, but the amount of critical praise and number of awards it was getting made me think I may have missed something. On second watch, looking for the things that people had praised, I could see that I had been overly harsh on the film. I could see the beauty in the cinematography, and I was certainly more appreciative of the acting, particularly from absolute new comer Yalitza Aparicio. However, I still feel, there is just not enough meat in the film. All the characters and relationships are quite straightforward and there’s very little attempt to develop them. Everything feels very surface, no attempt to share the backstory of either characters or history, it’s just a sequence of things that happen. On first watch I was completely bored, on second watch I was a bit more engaged, but already, less than 10 minutes after finishing watching, it’s fading from my memory. I’ll raise my review from “awful” to “fine”, but it’s nothing more than that.

A Star is Born 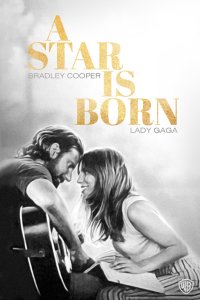 First of all I want to say that Lady Gaga is absolutely phenomenal in this film. I knew she could act a bit from her tv work, but here she is a full blown, award worthy actress. The character has depth and complexity, she is clearly saying one thing while thinking another, and often clearly not even really knowing how feels. It is a stunning performance, and I’m just disappointed that the rest of the film didn’t feel as worthy of her talents.
The biggest problem for me was that I didn’t feel the film made any attempt to dig into the issues that it was raising, let alone some of the issues it should have raised. For me, the plot was about the exploitation of talent – a young girl with clear talent being manipulated by a much older and more experienced man, then in turn she’s also manipulated by the wider industry, turning her into a successful artist rather than necessarily the one she set out to be. Most of that is on the screen but whenever it edged towards really calling out any of it, it instead went to another song or an emotionally manipulative set piece and sidestepped without any real development or resolution. It felt like it was romanticising the whole thing, but I spent most of the time finding the relationship between Ally and Jack downright creepy. Add to that the timeframe within the film felt rushed (everything happening within just a year or two) while watching the film dragged. The more I think about it, the more frustrated I get.

Vice – Alphabetically last, and the only one I haven’t seen.

What’s Missing
A Quiet Place and Love, Simon both impressed me as incredibly well put together examples of their genres, and with Love, Simon also breaking a barrier that was long overdue for breaking, it’s a real shame that it didn’t get a nomination here. I’ve also heard a lot of good things about If Beale Street Could Talk and it sounds like a far more interesting and important film than Green Book.

What I Would Like to Win
The Favourite – I was entertaining, surprised, and impressed by this film as I watched it and it has stayed with me in a way that the other films haven’t really. Now that I think about them as a set, I have to say I find them a slightly underwhelming list. Nothing really blew me away, nothing had me unreservedly telling other people they should go and watch it and with the exception of The Favourite nothing surprised me. I’m disappointed that of 8 films, I think only 3 (Black Panther, Favourite and Roma) pass the Bechdel test, and I had some serious concerns about some of the content of 2 of them (Bohemian Rhapsody and A Star is Born).

What I Think Will Win
Roma – all the smart money seems to be on Roma, which I find disappointing. When I went looking for things to like in the film, I found a few, but it fundamentally doesn’t have enough to say. I don’t care that it’s in black and white, or foreign language, or even that it takes its time – but there is no substance to this film. It didn’t engage me while I was watching it, and if not for my compulsive need to write about everything, I wouldn’t have given it a thought after it had finished. If it wins, it will be so far from what ‘normal’ film goers appreciate and respect that it just emphasises how out of touch these awards are.