The Oscars are a couple of months later than usual, and I’d completely forgotten about them, so this is a rather hastily compiled summary. I did mean to tick off a few more nominated films, but I wasn’t particularly inspired. There are 39 films with at least one nomination, and I’ve seen 19 of them, nearly half. Thanks to a couple of films getting multiple nominations though, I’ve seen 51 out of 97 nominations, which is slightly more than half. Half ain’t great, but then by my searching about a third of them aren’t even available in the UK.
Still, for the sake of not missing a year, here are my thoughts and predictions. 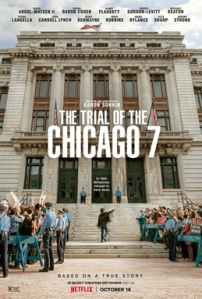 Well of the fairly pathetic three that I’ve seen, the only one I liked was Trial of the Chicago 7 so that would be my pick. But I would guess that Nomadland will win.

Who do I think should win… I really don’t care, I will randomly guess for Nomadland. Aaron Sorkin for Trial of Chicago 7 could have been here probably.

Missing from this list is Paul Bettany for the really lovely Uncle Frank.
This is a tricky one. I’d vote for Gary Oldman of the ones I’ve seen, but from what I’ve seen and heard, Riz Ahmed sounds like a truly outstanding performance and the trailer for The Father has Anthony Hopkins being amazing – plus at 83 this may be one of the last opportunities. However I think Chadwick Boseman is going to win it, and while he probably doesn’t deserve it for this role, he would have won one eventually and he deserves the mark of respect. Randomly as I’m writing this I’m re-watching Justified from 2011 where he appears in 2 scenes as a thug, he came up fast didn’t he?

I’m disappointed in myself for not seeing more of these performances because I’ve heard really good things about all of them. If I had to guess, I’d tag Frances McDormand for another win.

I am amazed to be saying this, but I think Sacha Baron Cohen should probably win this.

I would like to see Youn Yuh-jung win this one, a really wonderful performance, but as long as Glenn Close doesn’t win, I’ll be okay.

Aaron Sorkin delivers yet again and deserves this win. I would have also called out I’d also call out Kelly O’Sullivan for Saint Francis. 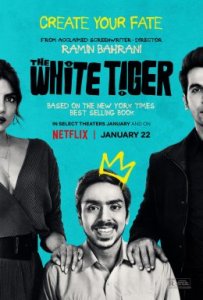 Well I’d go for the only one I’ve seen, The White Tiger as it was very well done.

My easy choice for this is Shaun the Sheep, but Soul will win.

I’m afraid I haven’t seen any of these, I would slightly randomly guess Quo Vadis, Aida will win.

It’s a tough choice between the two I’ve seen, and I highly recommend watching them both (they’re on netflix) but I think My Octopus Teacher is the one that has had the more profound emotional impact. Circus of Books was eligible for nomination as well which would have been a good choice.

I haven’t seen any of them I’m afraid, I’ll predict A Love Song for Latasha.

I watched all of these (see my other post for details), my favourite would be Feeling Through, but I think Two Distant Strangers will win because of the subject matter of black lives matter, and I have zero problem with that.

Of the two I saw Burrow aimed middling and thoroughly succeeded, but If Anything Happens I Love You aimed very high but missed and I’m not sure how to balance that. So I’m randomly going to go for Yes-People which I didn’t see but the trailer made me actually want to see it.

I’ve seen all of these except Da 5 Bloods, but I have no particular memory of the scores except for Soul for which music was such a key element that it will surely win, plus it was good (if you like jazz)

I listened to all of these on Youtube and the only one that was memorable even when I was actually listening to it was the one from Eurovision: The Story of Fire Saga, which was a great Eurovision song and really connected to the film so that would definitely be my choice.

Given that Sound of Metal is all about sound, I think this is probably a sure thing. 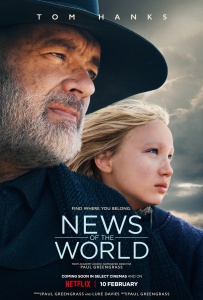 I think News of the World, although possibly Nomadland will win it.

I suspect Hillbilly Elegy might be the best achievement, but I’m not sure anyone will want to give it any awards at all, so maybe Mank.

My vote would be for Mulan

I’d vote for Trial of Chicago 7 as it’s impressive and the only one I’ve seen, but I think I would predict Sound of Metal

Without all the big blockbusters it’s a bit quieter in this category than usual, but of this set I’d rather weirdly vote for The One and Only Ivan given the effects were at the very heart of the film.