Oh dear I’m getting very behind, and even bunching two months together I only apparently read three books! And one of them I didn’t even finish. Utterly rubbish.

Bridget Collins – The Betrayals
Like Collins’ first book, this had some structural problems. The book is based at a college that specialises in teaching The Game. What this Game is, why it’s so important, and how it’s played is treated as a mystery and to me it just felt like it wasn’t a pro-active choice to treat it like this, more that the author had absolutely no idea what the answers could be. The story jumps between a few different timelines and Collins does interweave them pretty well for the most part, connecting the two together and pacing the two carefully together. There are however a few glitches where things lurch, rely on characters just being a bit dumb, and a lot of building up mysteries that I found fairly obvious. The structural issues are a shame, because there are some suggestions of interesting ideas, well built characters and a strong theme – those made the book readable, but overall a little disappointing. 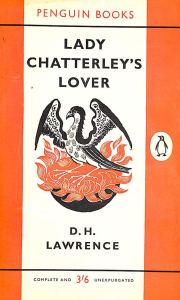 D.H. Lawrence – Lady Chatterley’s Lover
Firstly – the reason I picked this book up at all. I found it while clearing out my grandmother’s house and what made me laugh was that my slightly stuffy gran had a copy, and that she had covered it in brown paper so you couldn’t see what it was! Underneath was a beautiful 1960’s Penguin edition. Sadly that’s as exciting as it got and I didn’t finish this book. I gave up after 100 pages, and I actually struggled over whether it was therefore fair for me to post a review. But I figured an explanation for why I stopped was just as valid.
Sadly after all that, I just couldn’t get on with the book. The language is ridiculously florid and hard to read, with some characters written in dialect that makes it more an exercise in de-coding than reading. Chunks of the book read more like philosophical and ethical debates than prose, groups of people sitting around taking different points of view on a subject. And then you’ve got the challenge that the subjects include sex, gender equality, class and women’s rights and it becomes even harder to read and less satisfying. It’s a constant thought exercise trying to work out what was ‘normal’, progressive or outrageous at the times and how that might align with modern approaches. I don’t have the historical knowledge to put the book in the context it needs. I didn’t even get as far as the sex to be honest, I was just too bored to care.

Robert Dinsdale – The Toy Makers
This is a tricky review to write because everything I would write about the book technically is pretty good, for some reason I just didn’t get an emotional connection with it that I think was the aim. This is a book where you’re supposed to feel the magic of the toy shop, to feel part of that magic through the central character who comes to work at the shop and finds a family and a home. But I just never really felt that the shop was substantive, that the magic was ‘real’, it just felt flimsy and not part of the world. That wouldn’t necessarily be a problem, but the story is also about the world and how the toy shop fits within it because it does talk about war and money and practical things… but if the toy makers have magic and everyone knows it (because they’re buying the magical toys) then why isn’t the magic used more widely? How can you put a price on a paper tree that grows, and whatever that price would be, surely it would be enough to not worry about the mortgage payments. I was expecting a book of magic escapism, and instead I got a more powerful story of complicated people, relationships and a difficult world… which would have been fine, but one cannot sit within the other.