I seem to have fallen woefully behind in my reviewing over Christmas and the New Year; not because I was doing something massively exciting, or trudging through some kind of trauma, just because I didn’t get round to it. So I’ve gathered up a few reviews that can be broadly grouped into a “dramas on the BBC” category.

I loved the first season of this series, saying “There’s nothing stressful about Last Tango in Halifax, it’s easy going, amiable, sweet, funny and just utterly lovely”. Sadly the same cannot be said for the second series. It’s still a thoroughly good watch with interesting stories, characters and a realistic blend of humour and seriousness, but the loveliness was somewhat lacking.

There was a thread of unpleasantness running through the series in the way characters treated each other, and occasionally it escalated to outright viciousness and cruelty. I think the writers were trying to look at an interesting question – at what age in your life can you be selfish and where is the line of what you should do for your children and family? But that question became hard to see when it was buried under broken confidences, sanctimonious recriminations and critical gossiping behind people’s backs. I’m not saying that any of these responses were unrealistic, they may even have been justified, but it certainly wasn’t the easy going and lovely light drama that I fell in love with last year. It sort of all came good in the end, but I had to really push myself to keep watching.

I’m not a big Jane Austin fan and would probably not have bothered watching just another remake of Pride and Prejudice, but the added interest of a murder mystery drew me in to this. Matthew Rhys (The Americans) as Mr Darcy helped as well. It turned out to be just perfect for the Christmas/New Year sofa slump, pootling along with enough suspense and drama to make you pay attention, enough comedy (from the excellent Jenna Coleman (Doctor Who) and Rebecca Front (The Thick of It) as Lydia and Mrs Bennett) to make you enjoy it and enough character to make you care. Even without fully remembering the characters I was still interested to see where their lives have gone, that things aren’t as simple as a happy ending, but they’re also not catastrophically awful. I actually left the three episode miniseries wishing it was coming back, which is more than I can say for any other Austin (or similar) work. 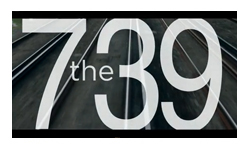 I thought this was going to be a nice easy going romantic comedy/drama to ease me back into the reality of a new year. I mean it’s got a cast made up of lovely people – Olivia Colman (Broadchurch et al), Sheridan Smith (2 Pints of Lager and a Packet of Crisps) and David Morrisey (ok so he’s pretty horrible in Walking Dead, but he still seems a nice bloke). At first it matched my expectation, the characters were wonderfully vivid and interesting, the situations familiar enough to be completely relatable while different enough to be fascinating and the tone of the whole thing had a lovely humour to it. But then everything gets very serious, very quickly. As the inevitable consequences start to reveal themselves that comfortable familiarity suddenly feels like a punch to the stomach. And when Olivia Colman reacts… oh my word. No one does devastation like she does.

As with Last Tango, this is a truly excellent drama, invoking powerful empathy and reactions. But it’s not necessarily what I was wanting to watch. Rather than a nice gentle story of forming a connection on a train this becomes a hard hitting drama about how we can’t have everything that we want, some things exclude others. It’s beautifully constructed, written, and performed and that’s what makes it heartbreaking.

I realised that I’d normally write a bit about the Doctor Who Christmas special. Then I realised that I hadn’t written about the 50th Anniversary episode either. I won’t go into an epic piece about them, because my response to both was quite similar.

On the good side, I love the heart and soul of this current incarnation of Dr Who (Steven Moffat, Matt Smith, Jenna Coleman), it’s sweet and funny with a thread of darkness and strength running through it. I also love the little nods to fans, I squealed and clapped with delight at some of the references and the watching Smith and Tennant together was everything I hoped for.

But why can the plots not make more sense?! Everything is so complicated and intricate that I’m left neither understanding or caring what’s really going on. It starts off simple enough but then gets more and more elaborate. Every episode I watch and at the end am convinced that certain things didn’t work. On conversation with other viewers I sometimes see that I’d misunderstood, or missed a reference, or not seen an unspoken explanation, but I shouldn’t have to go out looking for ways for the story to make sense! All the good stuff is enough to keep me laughing and crying through an episode, but it NEEDS to be better. Peter Capaldi and the fans deserve better.

Ironically Adventures in Time and Space, telling the story of how Doctor Who actually made it to screen was an infinitely better story. It was beautifully story of aliens and time, but aliens in the sense that they were very different people to those who would normally be in this environment and time in the sense that it’s all entwined with the period and history. It was a fascinating story about people who cared and it was told with such love and attention to detail that I was completely enchanted.