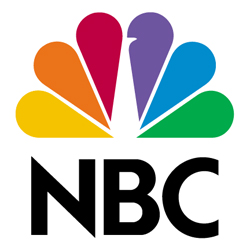 What’s Out
Heroes – not really a big surprise to anyone. The ratings have been on a steady decline as they tried to stretch what was clearly a one-season-wonder out with generally increasing shoddiness. There’s some talk of a final few episodes to allow them to tie up any lose ends, but I for one won’t miss the show as I gave up on it a season and a half ago.

The bigger surprise was the cancellation of Law & Order, the longest-running TV show in history (depending on who you ask) will not be returning for a 21st season. It’s helped launch hundreds of careers, several spin-offs and many would say an entire genre. I’ve never watched it so don’t mourn it personally, but more as a slightly sad end to an institution.

Of 2009-10’s freshmen, Mercy and Trauma both got the axe. I didn’t bother with Mercy after I judged the pilot to be Grey’s Anatomy Light. The cancellation of Trauma was pretty inevitable given the expensive price tag and low ratings, but I’m still confused why it wasn’t more popular and I’ll miss the characters.

What’s Back
Turns out NBC is full of shows I have barely even heard of let alone watch. The only freshman to survive was Parenthood, the pilot of which I thought was ok, but didn’t make me rush out to watch the rest of the series. Chuck is also back, despite not great ratings it somehow survived the cut yet again to the great delight of its obsessed fans. 30 Rock, Law & Order: SVU, The Office and Parks and Recreation all return but I don’t watch any of them. The only other thing I do watch that’s kind of on NBC is (best show on television?) Friday Night Lights through it’s special deal which sees it air on cable months ahead of running on NBC.

What’s New
It’s apparently the year of the lawyer and the love-seeking sap.