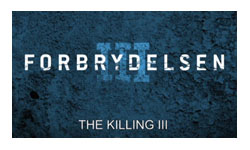 The Killing is one of the more intense shows out there and every season I get completely hooked, cleaving out two hours each week in my usual multi-tasking schedule to just sit and focus on the subtitles. Unfortunately, that level of intensity is particularly susceptible to frustrations, and this season I found myself irritated more often than not.

I spent a large amount of each episode shouting at characters, desperately wanting them to stop rushing about and instead talk and listen to each other. I realise that this kind of show requires some internal conflict to boost the drama and intensity, but too much of it this season was manufactured by having people not say the things any normal person would say, which in turn just made them all look stupid and bad at their jobs. Every episode someone went off to investigate a lead without telling anyone where they were going or why, often making for a dramatic cliff hanger reveal, but also undermining their position and leaving everyone open to challenge. Mind you the senior police officers once again seemed to spontaneously lose all confidence in their employees and cheerfully compromise their own investigations just to keep the politicians happy.

Why the politicians were involved in the first place was almost as big a mystery as the criminal cases. I’m pretty scared for the fate of Danish politics if the outcome of their election and forging of coalitions really was completely dependent on one police investigation, rather than on the economy or something of actual national importance. The level of involvement in the case never really made sense to me, the apparent psychic hotline enabling the political aides to update the prime minister (and the audience) the instant everything happened, and the withholding of evidence by both individuals and the entirety of special branch just seemed ridiculous.

On the plus side though, the case was a lot more interesting than that of season 2, a lot more focussed and, thanks to the significant presence of the family of the kidnapped girl, it never lost the connection to the victims and the emotional impact of the crime. When I wasn’t frustrated with the characters, I was completely engrossed in the twists and turns of the case and the way the present kidnapping case intertwined with the older murder case. The series continues to be elegantly shot and the location work was particularly beautiful and the cast all do a phenomenal job adding depth to the frustrating script.

The Killing is a great thriller, but unfortunately it has drifted rather too far into the land of contrivance to be a truly intelligent thriller – you can’t watch it without switching off a bit of your brain. The ending was pretty depressing, leaving me rather despondent for politics, the police, big business and the mental health of pretty much everyone everywhere. If this truly is the final season, I can’t say that I’m massively disappointed. It’s had a good run, but I think it has fallen down a rabbit hole.

While I was late coming to The Killing, only embracing it over the summer reruns, I was right there for the second season, eager to tune in on time so I could keep up with the gossip in the office and on the blogs.

The second series is different in both structure and substance from the first. The shorter ten episode season worked well I thought, with the BBC airing two episodes per week it had a similar level of intensity as I experienced watching the first series one episode per night. The shorter season also meant less padding and red herrings, which was fine while you were watching season 1 but at the end of it you realised you’d been mucked about quite a lot.

A shorter season wasn’t the only change and unfortunately I didn’t like the other big change so much. The first season had a very interesting scale to it, at its heart the case was ‘just’ the death of a school girl, the impacts of which were devastating to those close to her, but of very little concern to the wider world. But as the series went on the scope of the case fluctuated as connections to local politicians and scandals waxed and waned. I enjoyed how these were twisted together, with the police stuck in the middle of it all trying to do their jobs while family and politicians all wanted to keep secrets, push things away or pressure for answers.

That complexity was missing from the second season however, with the mystery of a much larger scale from the very beginning. I felt this season was much more about unravelling a political conspiracy than it was about finding out who killed the victims. There’s almost nothing from the families of the victims, instead the investigations are focussed on senior military officials and politicians, by the time they were suggesting that the Prime Minister was involved and flying off to Afghanistan to question people I’d rather forgotten about the fact that people were dead.

On the positive side the mystery itself was well constructed and well paced for the shorter season. There were sufficient red herrings and dead ends to work through to give a sense of steady progression and enough cliff hangers to keep you coming back. Lund continues to develop into a really fascinating character too. She’s far from a superhero – she’s a good detective (certainly better than her colleagues who are resoundingly rubbish) but her investigative skills are balanced by a complete lack of social skills that limits her capabilities. She was pretty insular last season, but those experiences and her time exiled to grunt work have exacerbated many of her less functional traits. The way she struggles to engage with colleagues, witnesses, suspects and family alike is brilliantly played, managing to be interesting, painful and often hugely entertaining.

I may not have liked the storyline as much this season as I did the first, but I still think this is an extremely well put together and fascinating show. The writers and directors manage to create a blend of mystery, drama, humour and action that makes for an interesting and entertaining show that is entirely at home in the schedules next to the very finest the UK and US have to offer. 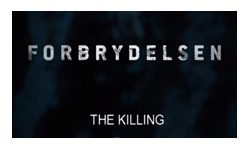 I’m a very late convert to this. I somehow completely missed all the hype when it first aired, and only when BBC Four repeated it in advance of the second season was I finally persuaded to watch it. I generally prefer to either be smug about something because I’ve picked it up before the rest of you mere mortals, or to be smug about the fact that I can explain to everyone why they’re wrong about something they think is great. Unfortunately for my smugness, I’m just plain late to a really great party.

I find subtitles a slog – I’m not great at focussing on one thing and tend to watch television assisted by a laptop, phone or sodoku, but when trapped unable to look away from the screen because of the subtitles I’m more likely to succumb to boredom and give up. The highest praise that I can give to The Killing is that it was sufficiently gripping that I would cheerfully close the laptop and sit engrossed for several episodes at a time. Each episode was well paced so that you felt like you progressed and ended on enough of a cliffhanger to want to watch the next episode, but not such a dramatic one as to feel contrived.

Looking back on the season as a whole, it’s obvious that there were a lot of red herrings, there’s not really any other way to sustain a murder mystery over 20 hours. But the switches back and forth were generally pretty smooth, I never really felt as if I’d been manipulated and that the writers were laughing at me for being taken in. The characters are smart, so the plot has to be smart otherwise it wouldn’t make sense for them to be going in the wrong direction.

As it accelerates towards the conclusion I think it did get a little sloppier. Twists and turns are faster and a bit more jarring. There’s some questionable policing which becomes increasingly apparent. While the key detectives seem to be keen to follow procedure and make sure all the loose ends are tied up, unfortunately it seems their superiors are far less thorough. Maybe things are different in Denmark, but I thought to charge someone with a crime you needed to come up with more than just a story that indicates it was possible that they did it, you know, like maybe some actual evidence or something. When Lund’s superiors were mucking about near the beginning it just formed an interesting challenge for our heroine, but towards the end I was beginning to get frustrated with it.

In the same way that I’m always impressed when a British show brings American levels to its production qualities, I was equally impressed with how beautifully shot The Killing was. Copenhagen isn’t (based on this) one of the prettiest cities, the whole series is very grey and dowdy. It would have been nice if there’d been the occasional bit of sun for variety, and switching a light on inside wouldn’t kill the environment, but it was certainly interesting to look at. The direction was also very well done. Even when not glued to the screen desperately reading subtitles, I didn’t want to look away because there were so many little moments that so beautifully expressed things without relying on 20 pages of subtitles – the casual sharing of a cigarette between antagonists, an eye roll behind someone’s back… The character’s are extremely subtle, starting off very flat and restrained, but gradually I found myself really connecting with each of them, really wanting it to all work out for each of them – even the ones presented as bad guys.

I’m not going to talk about how the series ends as I really wouldn’t dream of spoiling it. It’s one of those rare shows that the world’s media seems to have embraced whole heartedly and everyone’s avoiding spoilers. I will say I wasn’t 100% convinced, but only in a way that made me want to go back and watch the whole thing all over again to see what I’d missed. I could have just skipped the whole review really and just said that – I’m willing to watch 20 hours of grey, subtitled, Danish television all over again. It’s that good.

Season 2 starts sometime soon on BBC 4 and season 1 is available on dvd.