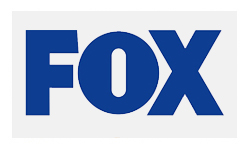 Another year, another set of upfronts. Fox is a channel I approach with considerable nervousness, I’ve never forgiven them for cancelling some of my favourite shows (Wonderfalls and Firefly for example). But on the flipside, they’re also the channel that actually commissioned those series, and recently they’ve actually given shows like Dollhouse and Fringe more chances than maybe their ratings deserve.

What’s out
The Chicago Code – This never really got enough viewers for it to survive and another Shaun Ryan show bites the dust. I liked the pilot well enough, but am not sure if I’ll bother picking up the rest of the series now. I was more upset about the loss of his other show, the superb Terriers.
The Good Guys – Despite the dream pairing of Bradley Whitford and Colin Hanks, this wasn’t my kind of show, and the ratings would seem to indicate it wasn’t other people’s either.
Lie to Me – Now this one I am cross about. I feel this show never really got a fair shot with mucked about scheduling and minimal promotion. Tim Roth was superb in this, raising it up above other similar procedurals like The Mentalist. It could have been improved with more development of the supporting characters, but this is one of only very few cancellations that I have any kind of strong feelings about.
Also off are Human Target (not awful, but just a bit crappy), Breaking In (Christian Slater thing), Running Wilde and Traffic Light (comedies) and Lone Star which is probably the winner of this year’s “critics’ hero”to “ratings zero” award.

What’s back
There are no surprises that Bones and Glee are back, nor the animations that I have no real idea about but see people talking about a lot (American Dad, Bob’s Burgers, The Cleveland Show, Family Guy and The Simpsons). Also Raising Hope is back which I hear good things about.

Fringe’s renewal came a bit of a surprise to everyone, and I actually really appreciate Fox’s commitment to this show despite it’s not great ratings. I wouldn’t have thought there’ll be another chance next year, so I hope the writers take the opportunity to produce an amazing season that concludes the story.

House will also be back, but due to massive budget cuts it will be without Cuddy (news story) – which as far as I’m concerned may actually improve the show. It will almost certainly be the last season of the show and I’m not overly devastated about that, hopefully the writers will make the most of the opportunity to go out on a high.

The Finder – the Bones spinoff which was backdoor piloted got an official pickup. It’s got some potential, but also some really irritating tropes (bloody awful accents, know it all characters, intellectual tough guy) that will need toning down. Another midseason.

Plus a couple more animations (Napoleon Dynamite and Allen Gregory) and two utterly hideous looking comedies (The New Girl and I Hate My Teenage Daughter). And… The X Factor. Lucky Americans, no reason we should suffer alone I guess.

Links – The TV Addict (thanks for the youtube links), TV Squad, and The Futon Critic

I’d been all excited about The Good Guys, it sounded a bit like Life on Mars, but without the brain twistiness – a collision of modern and retro policing all bundled up in one partnership. The straight guy played by Colin Hanks (Roswell, son of Tom) and the not-so-straight guy played by Bradley Whitford and his moustache (West Wing, Studio 60, Revenge of the Nerds II). And I really thought to myself that I didn’t care what type of show it was, I would love it because I loved both of them.

I’ve been struggling with this review for over a month now and even watched the pilot again in an attempt to work out what I really felt about the show. After a lot of agonising the only conclusion I can be forced to draw is that it’s very good, but I didn’t like it.

The thing is, I’d vowed not to watch any more comedies, because I don’t really like them. I have to be in exactly the right mood to watch them, mostly with sitcoms that involves settling in with dinner, a crossword or a magazine and paying minimal attention. I don’t mind things that fall into the (painfully named) middle ground of dramadies – shows that manage to capture the fact that life is both funny and dramatic all at once, but even those, if the humour relies too much on silliness or cringe inducing embarrassment, I tend to switch off.
The Good Guys I guess could best be described as an ‘action comedy’, but it leaned too far into comedy for my tastes. It’s similar in philosophy to Burn Notice (probably because it’s created by the same guy), but that show comes down closer to the action side than the comedy. Burn Notice’s humour relies on sarcasm and a very dry voice over. The Good Guys’ humour too often drifted into ridiculousness and going over the top. There’s nothing wrong with that kind of humour, and The Good Guys does it with considerable style and talent – I just don’t really like it.

The Good Guys is a good show. It’s cleverly constructed with smart dialogue,, actors with a lot of charisma and chemistry and an overall lack of predictability that’s quite refreshing. I’m definitely in the minority not liking it*, the reviews have been spectacular and it will start its second season almost immediately after finishing its first. I really do recommend everyone to at least give it a try, because I’m certain that it’s my loss that I just didn’t like it.

* TV Squad, CliqueClack and The Watcher to name a few.

What’s Out
The big news is that 24 will not be returning. I’ve never been a fan of the show, I watched the first few episodes and got frustrated by the ridiculousness. Apparently they’re moving the franchise onto the big screen, but I don’t know whether they’re going to rename it “120minutes” or change the format, either way it seems like a bit of a fudge.

The only one of the cancellations that I actually watched was Dollhouse, which even I’ll admit got a pretty good run all things considered. Brothers, Past Life and Sons of Tucson were all cancelled before reaching their 2nd season and the more established Til Death also lived up to its name.

What’s Back
The fact that Glee started AND ended the year as one of the most talked about shows on television made its pick up pretty obvious, the fact that a show about high school kids singing musical hits is going to be given the prestigious post-Superbowl spot next year is a bit more surprising.

The only other freshman show to survive was Human Target, which was pretty terrible but mindless enough to pass the time. Bubble shows Fringe and Lie to Me will both return for a third season which I’m pleasantly surprised by. The animations all return – American Dad, The Cleveland Show, Family Guy and The Simpsons and the ratings juggernauts of Bones and House return for seasons 6 and 7 respectively.