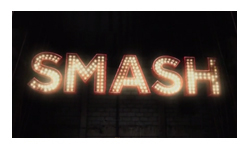 There are bad shows out there. Shows with bad writing, bad acting, bad premises, bad direction and on occasion – all of the above. But those shows don’t really have much of an impact on my life. They give me the opportunity to write a vitriolic review of the pilot and then I never have to see them again. At worst I’ll annually grouch about how they got picked up for another season while personal favourites didn’t. Good shows are similarly easy to write about, a nice bit of enthusiastic gushing, a recommendation to find a way to catch up and we can all move along happy. To a certain extent even the ones that are resoundingly mediocre are quite straightforward to watch and write about, you know what you’re getting and they’re a passable way to kill time while ironing.

The most frustrating shows however are the ones that do some things really well and other things catastrophically badly. They leave me ranting about how bad they are, while endlessly coming back for yet more punishment. They make you care and then disappoint you over and over again. You’ll have concluded by now that Smash falls into that category.

First the bad. Although they got rid of the most annoying characters from the first season (Ellis, Del, Julia’s family) not all the new characters were a substantial improvement. Jimmy and Kyle were way too unoriginal, the former the classic leather jacket wearing, mysterious bad boy with an amazing talent, the latter a gay Broadway wannabe with big dreams, big commitment and big hair. The two form an “unlikely” friendship and partnership (unlikely partnerships happen surprisingly frequently in TV land) and get to actually live their dreams. Mind you they were paragons of subtelty compared to the horrific guest turn from Sean Hayes as a character who somehow manages to be even more ridiculous than his previous role as Jack (Just Jack!) in Will and Grace!

Many of the other storylines for the series were pretty tired and unoriginal too, the director and the casting couch, the long standing partnership falling apart, an unplanned pregnancy, rekindling old flames and, most manipulative of all, a sudden death just to bring everyone back in to the game. The storylines weren’t just tired, they felt cheap. Purely based on driving plots not really having any coherence within the character stories. The biggest problem with many of those stories was that they broke one of the things I praised from last season – that the characters were competent at their jobs. People can screw up their personal lives, they can make isolated silly mistakes, but once it moves into professional incompetence, I begin to stop caring.

Maybe I was just a willing victim of the manipulation though, because I really loved the show and am going to miss it. When Smash was at its best it was about the characters, the relationships, the theatre and the music. The final episode started with a massive group sing-along, had some impassioned speeches about the power of the theatre, some beautiful moments between characters as they acknowledge what they mean to each other, and ended with a song all about ignoring the critics and going out on a big number. I laughed, I cried, I sang along and I went to buy the soundtrack.

Season 2 was better than season 1 I think. The addition of the second musical was a good choice, I wasn’t a big fan of the Marilyn Monroe musical (either in concept or in style) so the very different style of production was a nice change. It also took Karen and Ivy out of direct competition for the most part giving them both space to breath. The question of where the show could have gone in season 3 is interesting. With another year they could have continued to improve, but I’m not sure they hadn’t written themselves out of story (although the writing was on the wall in terms of cancellation, so maybe they didn’t care). Maybe it actually finished in the perfect place.

The fact that I care enough about Smash to say “I wish it was better” says a lot. It was a phenomenally talented cast with both familiar television faces and incredible theatre performers, able to deliver the drama, the comedy and wonderful song and dance numbers. Thanks to the generous budget they could shoot in actual New York, not LA-New York or Toronto-New York and
use some incredible locations and sets. There’s nothing else quite like it on television at the moment either in subject or style, maybe there’s a good reason for that, but I for one will miss it.