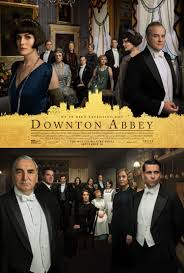 Downton Abbey
I once wrote of the TV series “Downton is an autumnal Sunday evening drama. You curl up under a blanket on the sofa with a nice cup of tea and a packet of biscuits and relax. It’s not gritty or challenging, you’re not expected to think or relate it to the reality of life, it’s a last vestige of calm before the crashing arrival of Monday morning.” And that’s pretty much what the film does. Other than a few more expensive and lingering drone shots, very little has been changed to adapt the film to the big screen. This would not have been misplaced as a Christmas special, in fact it could have been even better as two extended episodes for Christmas and New Year to give a bit more time to the crowded number of characters and plots. I’m really pleased that they resisted the urge to go too big with anything, there’s no huge world ending dramas, no stunt casting and nothing particularly life changing. Yes the Kind and Queen visit, but they’re fairly under-stated for royalty and the focus is still 100% on the lives of the characters we’ve known and loved all along.
I saw it with a packed cinema that absolutely loved it. There was plenty of laughter, some audible ‘aws’, a bit of sniffling, and stifled applause for the cringe inducing Mr Molesley in *that* scene. It wasn’t much more than a polished up television episode, but it was lovely to see it with a large appreciative audience for once.

Vice
Adam McKay has a very specific style – smart, fast and creative. When applied well (eg Ant Man), I really like it, but it takes a bit of getting used to and can trip over into smug (The Big Short). It is applied a bit more carefully in Vice, making a more mainstream drama with just moments of flare to it that raise the film up above the dry political drama that it could have been. The cast is all nicely aligned, all perfectly playing their characters at the very limits of credibility without tripping into something that feels unbelievable (although my limit for what is believable for politicians is nowhere near as high as it used to be). Vice does drag a little in places, but I struggled to keep up in others, but the performances really elevate it to something a bit special. 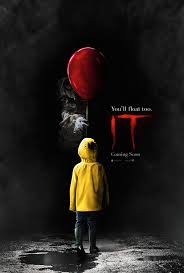 I was expecting a horror film, what I actually got was an 80’s kids adventure with a 15 rating level of creepiness and jump scares. And it worked really well! The kids are suitably energetic, spunky and acting their age with stupid mistakes and ill-managed feelings. The gang is maybe a little too large making it hard to get engaged with all of them, but there are some great performances from the young cast. The lack of adults makes the horror seem more real somehow, it makes sense that the kids would accept weird activity and go and investigate it when any normal grown up would assume everything was a hoax and deny everything. Pennywise is genuinely creepy and unexpected, the use of practical and visual effects blending well. The whole film very well done, but I can’t say I was completely lost in it (maybe because I was watching at home) and I did get a bit bored towards the end of the final ‘battle’.

This review is a bit more spoilery than I usually write, because it’s basically impossible to talk about what I think of the film without giving away the direction it goes in, despite that being one of the interesting mysteries of the film. For the first hour or so I was quite enjoying it. The film starts with a couple of disturbing flashes which set a tone of disquiet which carries through into the opening scenes of an otherwise tranquil seeming existence. As the tension builds I was constantly guessing whether what we were seeing was normal, or whether there was something more going on, and how those initial scenes tied in. Jennifer Lawrence is always charming and interesting to watch, and she is a perfect choice for someone that the audience can empathise with as she too questions whether she’s being unreasonable, paranoid, or if there really is something weird going on. It’s a fantastic performance.
Problems started at about an hour in where it started to get a bit boring. Too many threads of ideas that had been teased at were just abandoned without exploration while other bits went round in circles that started to get boring rather than sinister. After a slightly jarring time jump, the film enters another repetition which does actually move towards an ending, but it just lost me somewhere along the way. After dragging things out, the resolution felt too sudden and I was uncertain whether I was seeing something real or hallucinated, and that uncertainty was no longer interesting, but annoying. Maybe there was too much subtext and allegory to really make it satisfying; everything was hinted at and implied and it wasn’t until I read imdb that I really got what Aronofsky was trying to achieve. That frustration undermined the rest of the film for me and left me with a negative feeling, which is a real shame because there was a lot of good in it and it was very close to being something special, but with any movie around a mystery, it lives and dies with its reveal and this one sadly didn’t land it.

This is a pretty good psychological thriller, with a fatal flaw. It follows the fall proof structure of starting three quarters of the way through the story as a character hits rock bottom, and then showing how she got there (via a narrative device of hypnosis driven flashback) before resolving the character’s story in the final act. There were two problems – the first was just about survivable in that the same actress plays the central character from the age of about 16 to (I’d guess) about 30 and the actress was 36, it made it quite hard to tell how old the character is supposed to be at any point so it never quite feels right. Also the “older” relative is played by an actor exactly the same age. The unforgivable problem however is literally the last minute of the film where the character resolves her story by picking ABSOLUTELY the wrong man, and it’s treated as a romantic conclusion, thereby completely nullifying any arc for either characters or audience and leaving a really very bad taste.

Jamaica Inn
Apparently Alfred Hitchcock wasn’t very happy with this film, and I have to say neither was I. It’s just a bit all over the place, with script and actors all pulling in different directions between drama, farce and pantomime. None of it really worked and it was frankly frustrating and boring to watch.

I have always felt that The Incredibles was one of Pixar’s quietest gems. For some reason it never seemed to get the rabid response that Toy Story or Finding Nemo got, but for me it was always one of my favourites. The story, the characters, the voice work, the understated humour, and most of all the visual style all just really spoke to me and I was thrilled when I heard a sequel was on the way. I’m even more thrilled that it was everything I hoped for and more. The story and the quality pick up seamlessly from the end of the first film and just keep improving. I can’t remember the last film where I laughed out loud so much; scenes, phrases and even just wordless looks became instant classics. At two hours long, it’s apparently the longest Pixar film yet and I didn’t notice time passing at all, I would have cheerfully sat there for another 2 hours. Absolutely wonderful.

How can you resist a film with a title like that? Well, maybe I should have remembered that while I love alien films, I’m really not a fan of cowboy films. Unfortunately there was way too much cowboy and not enough alien, so it did all the things that frustrate me with cowboy films – chief among them the strong and silent type lead characters. Daniel Craig and Harrison Ford are two of the biggest names in cinema and boy are they mediocre in this, both playing gruff and broody characters who only really let the tiniest slivers of actual personality and charm show through. It made a lot of the film a bit of a slog, counting the minutes until one of the more interesting supporting characters or a vicious alien attack showed up. I am being a little harsh on the film, it certainly wasn’t awful and there were some fun ideas in it and as a western it was certainly one of the better ones I’ve seen, but overall I was disappointed.

The Princess and the Frog
Despite having a lot of really strong elements, this film just doesn’t quite gel together to form anything special, at least not by recent Disney standards. I think it is let down a bit by a storyline that’s quite fragmented (very much a series of small adventures and incidental characters) and some instantly forgettable songs. Around that though is some very beautiful design and animation, and some encouraging steps towards representing diverse cultures. It’s ok to watch, but quite forgettable.

One thought on “Films in September”