Heide Goody and Iain Grant – Oddjobs 1 and Oddjobs 2: This time it’s Personnel
I’m not even going to try to review these books without referencing Ben Aaronovich’s Rivers of London series. I know I should review things on their own merits, but there is so much in common here that I just can’t help but compare the two. For the most part the comparison is quite positive, Oddjobs has the same dry humour as the Rivers of London and that really works for me, there’s a world weariness to the characters and story, but rather than be depressing and bring the book down, it raises it up. A spirit of “oh well, this is a mess, let’s get on with it and see if we can have a laugh while sorting it out”. The other similarity that jumped out at me is a complete grounding in the locality, where Aaronovich’s London really felt like MY London, Goody and Grant’s Birmingham seemed just as grounded to me, although I’m only an occasional visitor to Birmingham (my dad and some close friends live there). The concept and story are also fairly in line with Rivers of London, and also what little I’ve read of The Laundry series, opening up a huge world of potential dramatic and comedic storylines and characters.
I thoroughly enjoyed these two books. I can’t say they were as funny as Aaronovich, but it tripped along and I really enjoyed spending the time with the characters. There’s no obvious arc storyline, or ‘big bad’ but I like that the two books are more self contained and are giving us a chance to see lots of different bits of the world that they’re building. The second book in particular did an admirable job presenting lots of smaller stories that gradually came together to a satisfying tangle. These are now definitely on my watch list for future releases. 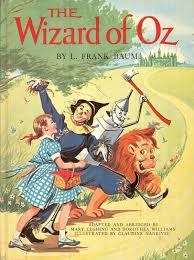 L. Frank Baum – The Wonderful Wizard of Oz
This was written in 1900, and the film that everyone knows was made in 1939, with any number of versions, homages and parodies since, making the story completely ingrained. The book is really not very long, wasting absolutely no time on developing anything beyond the absolute minimum to hammer home the messages at its core. I was a bit disappointed that there was so little sense of wonder or magic to it. There’s also a lot more violence and death in it that we’d usually expect in modern children’s stories, but thanks to the light tone it seems a lot less substantial which is a bit odd when you notice it. 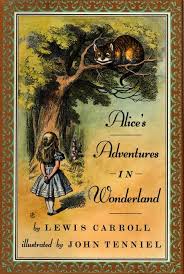 Lewis Carroll – Alice’s Adventures in Wonderland
Ticking off another classic. It’s always a bit odd to finally read the originals of stories that you’re incredibly familiar with, and I’m not sure it’s ever going to be a hugely positive experience. There was little left of this that could be surprising, between the famous illustrations in the book itself and the Disney cartoon, I was intensely familiar with most of the episodes and characters that make up the story. In fact the only thing that was slightly surprising was just how irritating Alice is. The bits of the story don’t really join up particularly well, it’s just stepping from one weird dream sequence to another so it’s hard to get any real momentum going.

T.J. Brown – The Unhappy Medium
I seemed to take an unreasonable dislike to this book fairly early on and I don’t really know why. It was a little oversold in how hilarious it was, but there were still some nice moments of dry humour scattered throughout. The set up was a long time in development and had a few glaring inconsistencies, but was solid enough and once it finally arrived the plot itself was ok. Maybe it was just that it had raised my expectations by putting quotes like “A very funny book, in the spirit of Neil Gaiman and Terry Pratchett’s Good Omens” on the front cover, a lofty height which it was unlikely to reach.

Emily Organ – Penny Green 1: Limelight
A fairly solid period set murder mystery. The characters are vibrant and interesting, the period detail nicely done and the case itself engaging. My only frustration came from the quality of the investigation which was painfully slow, no one actually asking the obvious questions or seeming to do much investigating at all. It’s an ok book to churn through, but it’s unlikely to stay with me and I’m not particularly likely to pick up further books in the series unless I’m looking for something incredibly low impact.

One thought on “Books in September”